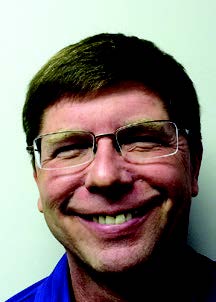 SLEEP APNEA - It’s the hot button issue with the FMCSA holding three listening sessions last month in Washington DC, Chicago and Los Angeles during the public comment period and in advance of issuing their proposed rulemaking on this subject. It was a nice gesture but the wheels are in motion and things don’t seem to be leaning your way. Driver comments, both in person and sent in on-line, stated they are being told by CMEs during their physicals that they must do this or they must do that were greeted with the same answer…..”Just explain to the CME that there is no rule. They will understand and not go forward. The CME will back off and do exactly what the FMCSA has told them to do….only target moderate to severe sleep apnea."

One driver stated, “I’m getting my recert right now and I use my CPAP every night. I have a letter from my sleep doctor with the data download showing I’m in compliance and that the therapy is effective. I’m being told I need another sleep study because it has been more than 6 months since I had one done. The CME is stating he’s the doctor. He knows all of the regs and how to do a DOT physical. You are the driver and this is a new FMCSA rule so do not argue with me.” The second e-mail later the same day from the same driver was greeted by the panel with the response, “Gee, we already answered that one. What does this driver not understand about just explaining to the CME that he is wrong and there is no rule currently in place? Next question."

One safety manager got up and stated, “So I won’t hire anyone that I think may have sleep apnea." The panel went nuts and bent over backwards with the lawyer on the panel stating, “You can’t just do that - that is illegal." The safety manager’s next comment was, “But for the last four hours we’ve been told this is a serious issue and these drivers need to be taken off the road to protect the public - isn’t that what I’ve been hearing from this group? What do you want us to do?

NASTC has the Sleep Apnea Solution for your drivers

The FMCSA has put your driver, your company and the medical examiner all in bad spots. The only one not holding the proverbial hot potato is the FMCSA. Ivory tower folks that have no idea what is going on in the trenches, in the real world and they are being told that affordable sleep studies are the norm and that health insurance pays for most of the cost. Again, way out of touch with what your drivers are dealing with in the real world while they are trying to do what they are being asked to do to keep their DOT Medical Card in good standing. Be advised a rule is coming and it will be affecting your older, safer, better drivers and in turn it may affect the operations of your company.

Sign your fleet up for the NASTC Sleep Apnea Solution and help your drivers get ahead of this issue by paying for a simple inexpensive overnight screening for $60 before they are told to get a much more expensive sleep study during their DOT recertification exam. We suggest you pay for this completely voluntary one night in home/in cab screening to all of your drivers 6 months in advance of their DOT recert date. This will give them the data that the CME is looking for in a negative report or it will give them plenty of time to make informed decisions about their health and help them stay on the road. The cost of our whole program if a CPAP is needed is right at $1400 not the $7500-$10,000 we have been hearing about.

We also suggest issuing all of your drivers a ‘NASTC Driver Portfolio’ for them to save their important medical records throughout the year and to help them be prepared for their physicals or in the event of a medical emergency while they are on the road. You’ll be one of the few companies in America that is being proactive on this issue while staying at arm length by helping your drivers address any sleep apnea issues before just showing up for their DOT physicals and possibly being stood down. Give me a call and I’ll be glad to explain our program in more detail and get your company enrolled in the NASTC Sleep Apnea Solution.

Get Your Motor Carrier Trucking Authority & Learn How To Start A Trucking Company today!

Out of an abundance of caution, and for the protection of our staff and the broader community, NASTC employees are working remotely. During these challenging times, all of us here at NASTC will continue to ensure that our members and prospective members still receive the highest quality of products and services.

Get Your Motor Carrier Trucking Authority & Learn How To Start A Trucking Company Today!